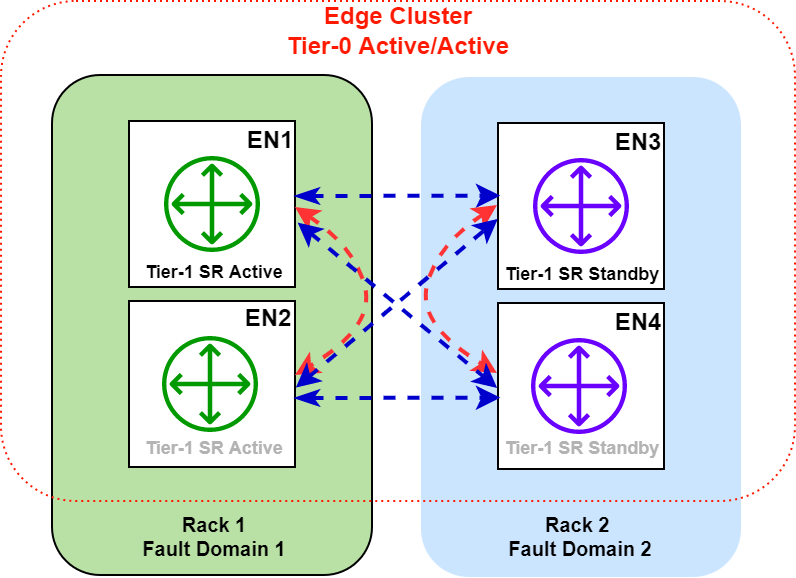 A few weeks ago I was asked by a client if Standby Relocation worked in conjunction with Failure Domains to enable ‘smart’ Tier-1 Service Router placement. This post will attempt to explain the behaviour in various scenarios, including:

This post will first provide an explanation of each of these features to explain when and why they may be needed, then walk through configuration of Fault Domains, lastly performing various failure scenario tests.

Failure Domains provide a logical way to group Edge nodes in an Edge Cluster. They are useful when the VMware NSX environment has Tier-1 gateways that are configured with stateful or centralized services.

A Failure Domain provides a method to logically place the active SR of a Tier-1 gateway on a pre-determined Edge node, in an Edge cluster. If a decision is made that it does not matter which Edge node the Active SR resides on, then this feature is not required in your environment.

If your organization requires awareness and would like to deterministically place the active SR on a particular Edge node, then you should configure Failure Domains. In most situations, this feature is used in multisite, however, there may be other use cases for it. The NSX Reference Design Guide provides an explanation on this feature as well.

This blog post will utilize Failure Domains as depicted in the diagram below.

When enabled, this feature relocates the Standby SR. If a failure was to occur on the Edge node hosting the active SR (EN1 in this case), the standby SR (EN3) will become active. Standby relocation creates / assigns the standby on a remaining Edge node in the cluster. If there are only two Edge nodes in a cluster and an Edge node has failed, this feature will not have any remaining Edge nodes to create the Standby SR on. The diagram below shows an example of Standby Relocation in effect with a four node Edge cluster.

The image above depicts a failure on EN1, which in this case is hosting the Active SR for the Tier-1 gateway. The SR is made active on EN3, however, since EN3 previously hosted the standby SR, it now needs to be moved. After a certain amount of time (defined by the Standby Relocation timer, discussed later), the SR is then moved onto one of the remaining Edge nodes. In this example, it will be moved to EN2, this way both the active and standby SR’s are not placed within the same Failure Domain.

This feature is not new to the networking domain. Put simply, if the preferred Edge node with the active SR fails, the standby takes over. If the preferred node becomes active again, it will retake ownership of the SR and become active once again. If pre-emption is not enabled, the active SR will remain on what was previously the Edge node with the standby SR (EN3 in the diagram above).

There are two modes of operation for this feature:

The diagram presented in the Failure Domain feature section represented the configuration that will be applied in this section. Below is a summary of what will be configured:

I will be using postman to make the required API calls in this section. API is the only method currently available to configure Failure Domains.

If you are importing the request into postman or any other tool, you will have to update the authorization section to suit your environment.

Notice the field “preferred_active_edge_services” is marked as true.

This step will be very similar to the previous Failure Domain that was created, however, this time the active edge services flag will be set to false.

Below are the results of a GET query to the same URI.

Now that the Failure domains have been created, the Edge nodes must be assigned to them. This section will demonstrate how to add a single Edge node into a Failure domain. The process will have to be repeated for the remainder of the nodes.

To assign nodes to Failure Domains you will need:

Once again in Postman, issue a GET command to /api/v1/transport-nodes/<IDofTransportNode>. You should get a response similar to the below image.

If you want to check that it has worked, you can issue the initial GET command and check the failure_domain_id field has correctly updated. Repeat this process for each remaining Edge node, ensuring the nodes are placed into their respective Failure Domains.

API Call to Configure Node Allocation Based on Failure Domains

Issue the queries below to ensure Edge nodes are placed into their respective Failure Domains correctly.

First, issue a GET command to /api/v1/edge-clusters/<edge-cluster-id> – the Edge cluster ID can be obtained in from the UI, as you did previously for the Edge nodes.

Copy the output into the body and change the request from GET to PUT, as can be seen in the image below.

Note: If you skip this last step, the Active SR may not be correctly placed.

These instructions can also be found on the VMware NSX Documentation site.

Create a Tier-1 Gateway with Services

Navigate to Networking -> Tier-1 Gateways -> Add Tier-1 Gateway. Ensure you attach an Edge cluster so the gateway is placed into Active-Standby.

Below is the configuration of the Tier-1 Gateway.

Once it is created, click on the hyperlink next the Edges labelled “Auto Allocated”. This will display the Active and Standby Edge nodes.

To simulate the node outage, en2 will be shutdown in vCenter.

If you check the Edge nodes on the Tier-1 gateway again, you should see that the active SR has failed over to the standby Edge node.

The default timer for Standby Relocation is 30 minutes and is applied as part of the Edge cluster profile, the minimum it can be set to is 10 minutes.

The default profile can be found in System -> Fabric -> Profiles -> Edge cluster profiles. The system generated profile cannot be modified, so you will need to create a new profile.

There are other BFD related settings that can be configured here, but I will not be covering those in this post. Once the profile is created, it needs to be applied to the Edge cluster.

The Edge node with the active SR (EN2) will be shut down again, as per the steps displayed in the previous section, they will not be repeated.

Immediately EN4 takes over as the active Edge node for the SR.

We can see here that the standby has been moved to EN1, where in the previous example it was never moved to another Edge node in the event of EN2 failing and status remained as Unknown. This is a useful feature and would work successfully, however, the customer requirement was for the active SR to be active on specific Edges in Failure Domain 1, this does not satisfy the requirement.

This scenario simulated EN2 failing, not the entire rack or Failure Domain, which means EN1 is still available.

In this scenario, all the features that have been discussed have been enabled. The image below shows the current placement of the SR.

As you would expect, EN1 moves into an unknown state. Once the Standby Relocation timer ticks over, the standby will be recreated, as can be seen in the image below.

What you will also notice is, the standby SR was created, however, pre-emption ensured the active SR was placed on an Edge node in Failure Domain 1 (EN2), and the standby was moved to Failure Domain 2 (EN4). So this configuration satisfied the customer requirements.

You must ensure you are aware of the caveats of enabling pre-emption (during failover and failback), whereby there could be some intermittent packet loss.

The customer requirement of having smart Tier-1 Service Placement was possible with a combination of Failure Domains, Pre-emption, and Standby Relocation. Each scenario demonstrated in this article displayed the expected behaviour for each configuration, both separately and finally in combination to achieve the desired outcome. Feel free to reach out or leave a comment if anything is unclear. An alternative to achieving a similar outcome would be to manually allocate Edge nodes when creating Tier-1 gateways, however, this is a manual process.

Check out my other NSX articles here.

Rating
4.6
Based on 11 Reviews
amazon

If you're starting out with NSX-T and want to understand the inner workings of logical routing constructs then this book is for you. The detailed packet walks with step-by-step instructions on discovering and validating forwarding decisions made within the virtual network fabric are an excellent way for someone to get familiar with what happens under the hood with NSX-T Logical Routing. The book briefly touches on NSX-T Federation as it was a relatively new feature set introduced when this book was released, hoping the author releases another edition at some point to cover the Federation Control Plane and Routing constructs. Whilst it is possible to obtain the same information that this book contains by scouring the internet for blog posts and by other means, the hard work has been done for you in consolidating all of that information into a single book for easy consumption. It is for this reason that I would recommend purchasing this for anyone who would like a handy reference for operating your NSX-T environment.

This book is perfect. I'm a VMware NSX technical architect, and my life is spent designing, deploying, and perform knowledge transfer sessions with customers and clients throughout EMEA. This is a book I recommend to all customers who are both new to NSX-T and to those who are looking to brush up their logical routing knowledge. This book is an easy read too and allows you to quickly jump to a section/topic which might be causing issues, or if you just need to revisit a specific area of NSX. Shank has created a perfect example of how knowledge can be easily imparted; the diagrams within also help to visualise the topics being discussed. Well done, Shank. You've created a bookshelf-must for all NSX engineers, consultants and architects. Looking forward to the next one! :)

A Ubuntu VM with a static IP in my lab environment every so often times out or disconnects its PuTTy. Other servers on this network segment getting IP addresses and connections just fine.

Time to get working, thanks @VMware for some of the goods... they will not be wasted! 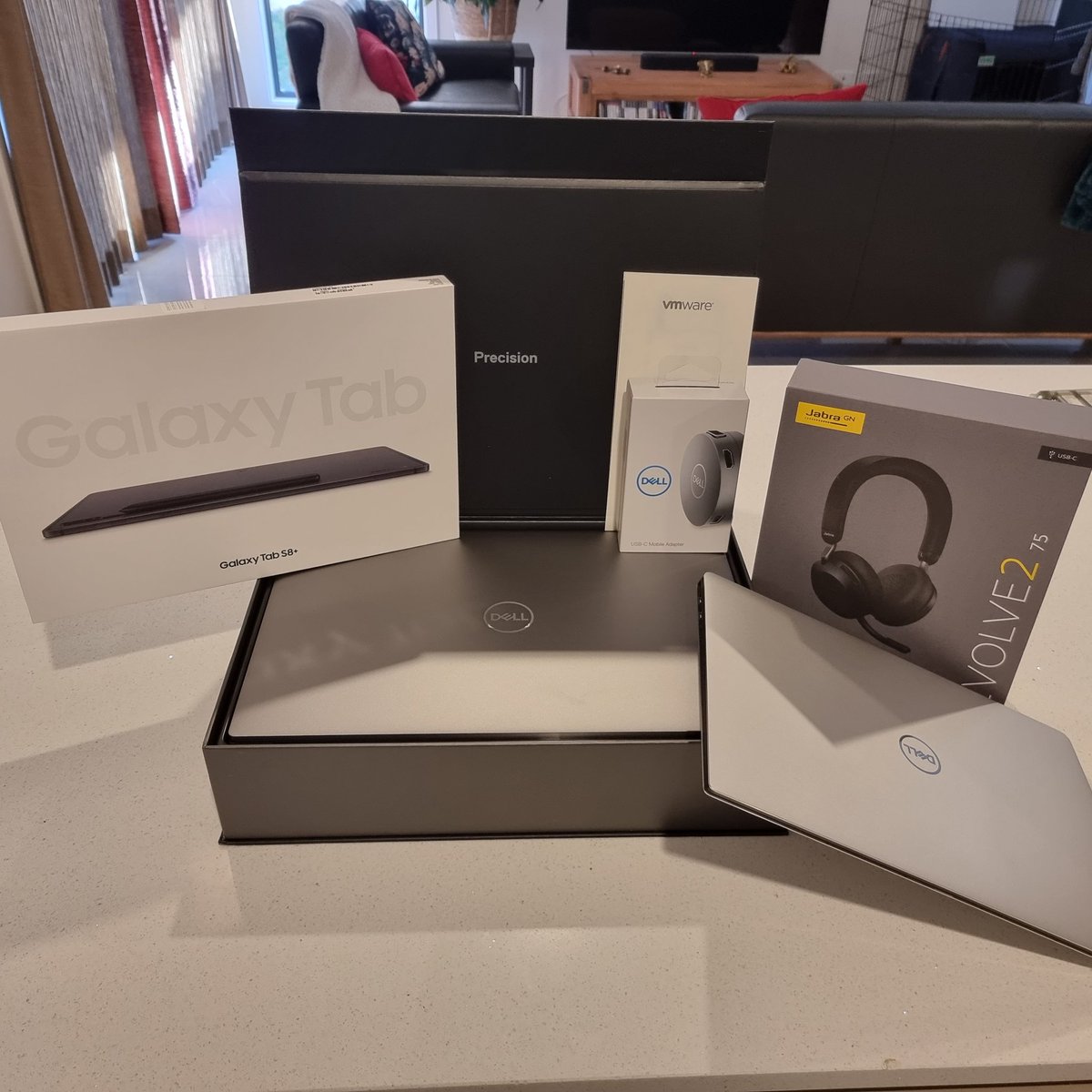 I did this in Barcelona and it was great fun! Highly recommend it if you are going to #VMwareExplore #vCommunity twitter.com/J_Kolkes/statu…

Fellow #vExpert @wildcard78 and I are trying to setup a game of soccer while at #VMwareExplore in SF. 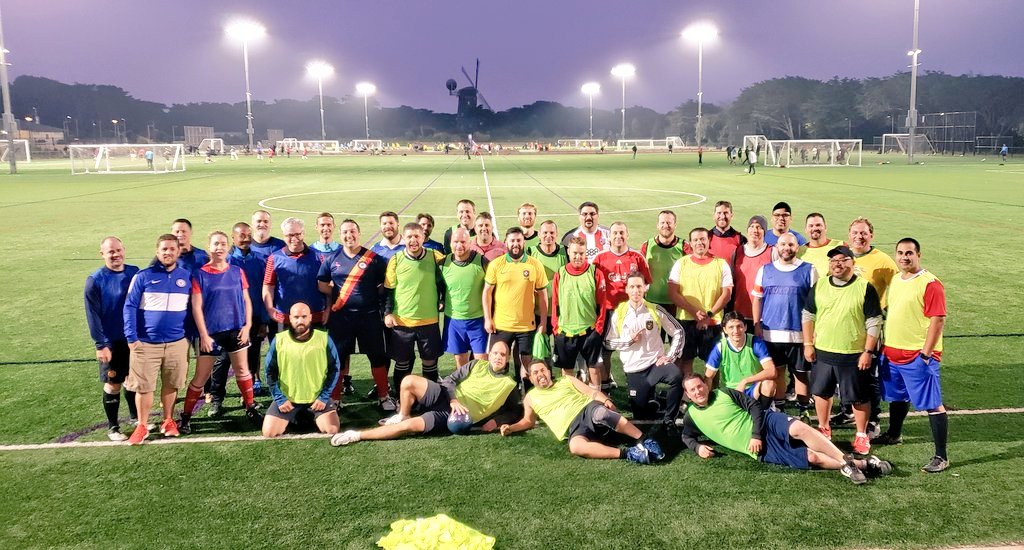